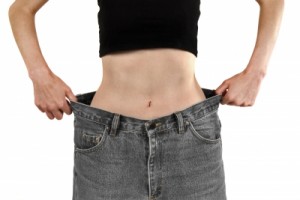 What is the most fatal mental disorder? Anorexia nervosa, according to Thomas Insel, Director of the National Institute of Mental Health. Compared with people of the same or similar age in the general population, people with anorexia nervosa are 18 times more likely to die early.

Anorexia nervosa is one of the most common eating disorders with serious and fatal consequences. Getting help from anorexia treatment centers is the only way to avoid a potentially life-threatening, lifelong battle with anorexia. The earlier the diagnosis, the sooner anorexia treatment centers can help you overcome the harmful effects of anorexia.

How Do Anorexia Treatment Centers Treat An Eating Disorder?

Anorexia doesn’t just disappear by itself. Fear of eating, obsession with losing weight, and restrictive eating – symptoms of anorexia – require the help of specialists in anorexia treatment centers. According to the National Institute of Mental Health, treatment for anorexia involves:

• Physical stabilization: Restoring the person to a healthy weight.
• Mental health stabilization: Treating the psychological issues related to anorexia
• Psychotherapy: Reducing or eliminating behaviors or thoughts that lead to anorexia and preventing relapse

Some research suggests that a combination of medical attention and supportive psychotherapy can be more effective than psychotherapy alone, however, there have been mixed reviews on the effects of medications such as antidepressants and antipsychotics in the treatment of anorexia.

Family members and friends involved with a patient undergoing treatment in anorexia treatment centers should make sure that all of the treatment options are discussed in detail before treatment begins. Healthcare professionals will work with you to develop a tailored recovery plan that suits the needs of the individual.

Getting Help From Anorexia Treatment Centers

At anorexia treatment centers, patients will work with a team of health care providers, psychologists and/or psychiatrists, registered dietitians, nurses and therapists who will work together to help the patient return to a healthy state of living.

Anorexia and the Limelight

Remember, anorexia can affect anyone. Not even the world’s most famous celebrities are immune. Lady Gaga, pop singer and songwriter, recently made headlines for posting images in her underwear with references to bulimia and anorexia on her Little Monsters social media site. American actress Mary-Kate Olsen was also reportedly admitted to anorexia treatment centers during her very public battle with anorexia.

Sometimes, the consequences can be dire. In 2010, French actress and model Isabelle Caro, who appeared in a shocking Italian ad campaign showing her anorexic, emaciated body with the headlines “No Anorexia,” died at the young age of 28. There is no more serious consequence than death that can argue against seeking help from anorexia treatment centers.